The nervous system of an octopus consists of 500 million neurons, which are all intricately and efficiently wired to enable higher cognitive function and behaviour. The question of how these neurons form millions of appropriate synapses remains unanswered. Recent genome sequencing of several cephalopods has revealed expansions of a specific transmembrane protein family, the protocadherins, which are essential for mammalian neural development. Although it has been shown that octopus protocadherins expanded independently in cephalopods and vertebrates, the molecular building blocks that make up a protocadherin appear to be conserved. Based on QuantSeq data, we show that some protocadherins are highly expressed during early embryogenesis and might be important during neurogenesis. Other protocadherins are more expressed later during development and can participate in processes such as axon terminal formation and dendritic self – avoidance. Via in situ hybridisations on different stages during Octopus vulgaris development, we show that cephalopod protocadherins are expressed in distinct neuronal populations and/or cell types and are mostly limited to post – mitotic neural areas, as has been observed for vertebrate protocadherins. Intriguingly, structurally distinct protocadherins appear to be expressed in different areas and probably exert different functions. By analysing the expression and the function of the octopus protocadherin gene family we hope to decipher the molecular blueprint for a complex brain and shed light on mechanisms such as neuronal recognition. 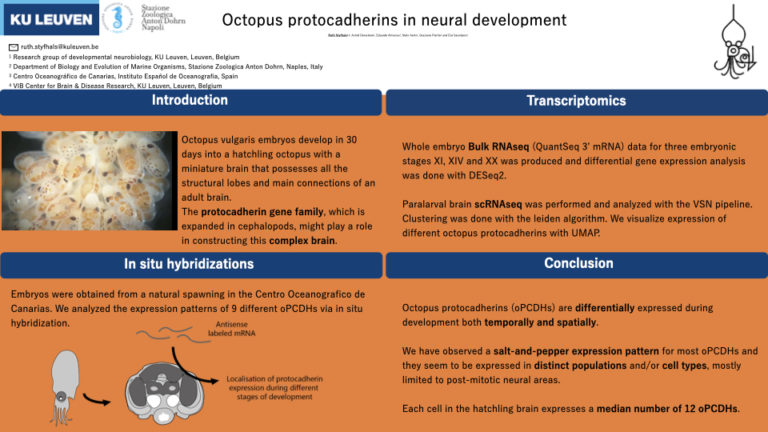 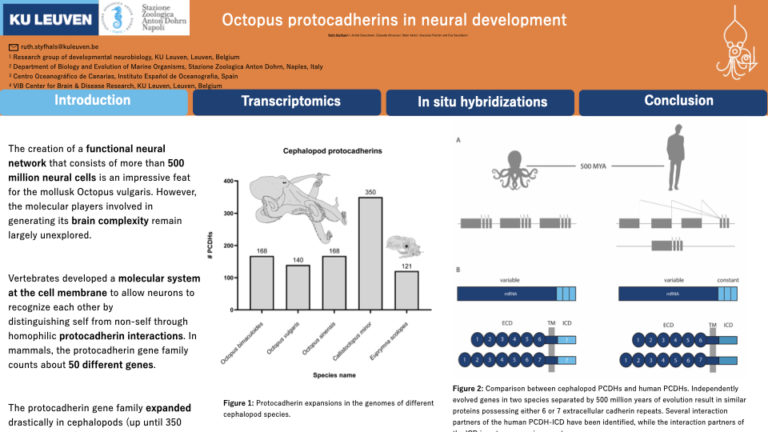 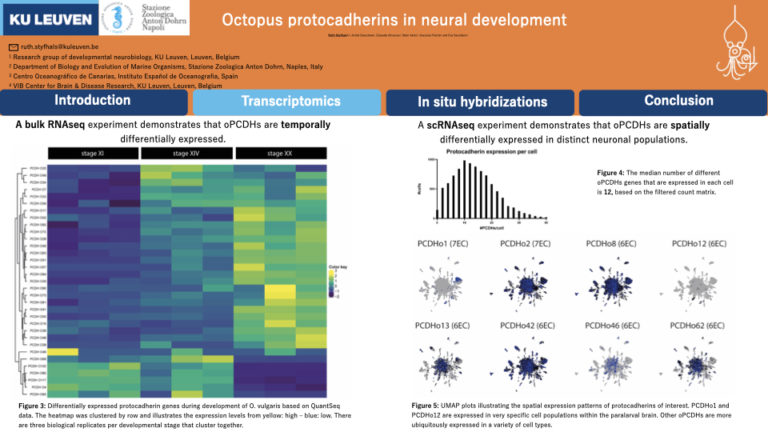 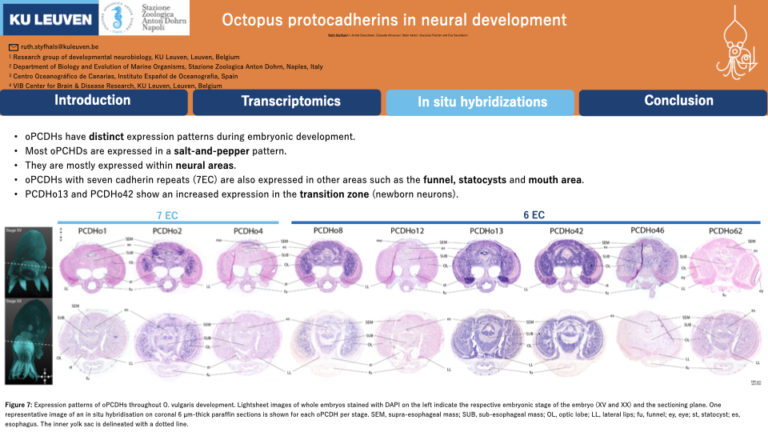 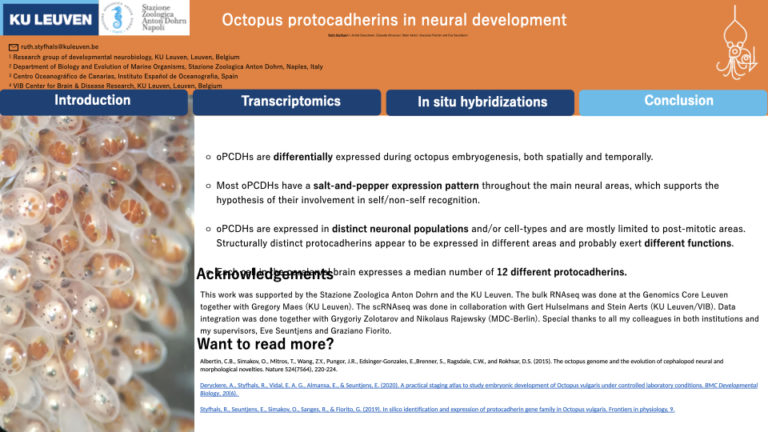